Policing in today’s society is not easy.

Officer’s today police in a fishbowl in which citizens are filming encounters with officers and posting the videos to social media for comment. Officers must stay vigilant and have awareness enough to know this is not a fad, but the new reality and it is never going away in this technology society.

Having a bad day on the “JOB” and it can now cost you a career if you make the social media “Gotcha Ya!” blogs. That is simply the reality of policing today. 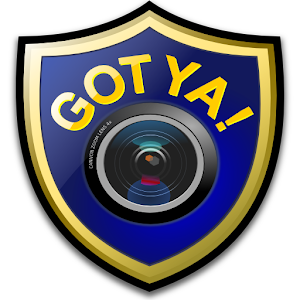 Despite the awareness by the profession that citizens are freely recording encounters, officers are still making the daily social media “Gotcha Ya!” blogs and a video is worth a million words to the viewer. Officer cannot afford to get into power struggles with citizens and emotional invested with venting on the citizen, despite the behavior and attitude being presented by the citizen.

Stop the power struggles because many time officers are so busy being right, they end up being wrong.

We have all done it, it is human nature to get emotional and upset when a citizens actions place everyone around them in danger because they are being selfish and careless. It is one of the motivating factors to wanting to be a sheep dog is to keep the herd together and protected. However, when you lecture and start venting from becoming emotionally vested you to lose control and bad decisions are made leading to inappropriate behavior that reflects on all the men and women wearing a badge, not just you or your department.

Instead of being the protector, you now have become the aggressor and the video of this encounter is now making the rounds on social media. No matter what you think, the profession just took another hit in the public relations battle waging on social media.

“Let the one among you who is without sin be the first to throw a stone at her.” ….John 8:7

Owning your own behavior is the first step in changing. When an officer fails to display a higher level of emotional intelligence when dealing with a disrespectful and aggressive citizen and steps over the ethical line, they also place their fellow officers in a bad situation from witnessing the incident.

We all make mistakes. It is going to happen to the best of us, but have the courage to own your behavior and deal with the consequences and do not place your squad in a bad situation. It is easy to ask for forgiveness and learn from the mistake; however, the cover up is worse than the original behavior.

We all make mistakes it is part of the learning and growing process. Understanding that our mistakes will now be recorded for all time should be a wake-up call that the virtual video stone is being thrown.

Mark Bond has worked in law enforcement and has been a firearms instructor for more than 31 years. His law enforcement experience includes the military, local, state and federal levels as a police officer and criminal investigator. Mark obtained a BS and MS in criminal justice, and M.Ed in educational leadership with Summa Cum Laude honors. As a lifelong learner, he is currently pursuing a doctoral degree in education (EdD) with a concentration in college teaching and learning. Mark is currently an assistant professor of criminal justice at a university and adjunct professor of administration of justice studies at a community college.